After a night of Googling, I couldn’t find any links to the original firmware. I tried to discover if I could download the firmware from the NAS, but that didn’t get me anywhere either. All the Googling did point me in the direction of SnakeOS however, which is replacement firmware for some NASes. However, it hadn’t been maintained in quite a few years so I was initially a bit hesitant.
END_OF_DOCUMENT_TOKEN_TO_BE_REPLACED As you can see from the picture, I’ve stuck some jumper cords into the serial console port. The Yellow wire is actually the white wire on my USB->TTL converter, the green is still green, and black is still black. With the jumper leads plugged in, I turned the NAS On with screen listening on /dev/ttyUSB0 with a baud rate of 38400.
END_OF_DOCUMENT_TOKEN_TO_BE_REPLACED

Now lets see what I can make it do!
END_OF_DOCUMENT_TOKEN_TO_BE_REPLACED 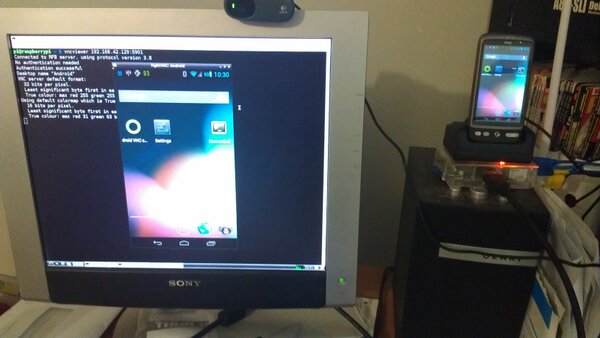